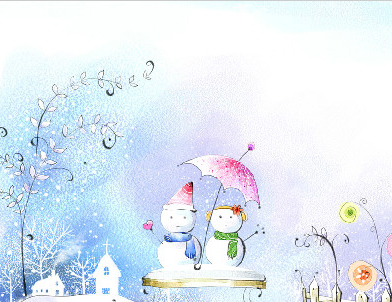 The first fall of snow is not only an event but it is a magical event. You go to bed in one kind of world and wake up to find yourself in another quite different, and if this is not enchantment, then where is it to be found?

The very stealth, the eerie quietness, of the thing makes it more magical. Ifall the snow fell at once in one shattering crash, awakening us in the middle of the night the event would be robbed of its wonder. But it flutters down, soundless, hour after hour while we are asleep. Outside the closed curtains of the bedroom a vast transfbrmation scene is takiag place, just as if a myriad elves and brownies were at work, and we turn and yawn and stretch and know nothing about it. And then, what an extraordinary change it is! It is as if the house continent. Even the inside, which has not been touched, seems different, every room appearing smaller and cosier, just as if some power were trying to turn it into a woodcutters hut or a snug logcabin. Outside, where the garden was yesterday, there is now a white and glistening level, and the village beyond is no longer your own familiar cluster of roofs but a village in an old German fairy-tale. You would not be surprised to learn that all the people there, the speetacled postmistress, the cobbler, the retired school master, and the rest, had suffered a change too and had become queer elvish beings, purveyors of invisible caps and magic shoes. You yourselves do not feel quite the same people you were yesterday. How could you not when so much has been changed? There is a curious stir, a little shiver of excite-ment, troubling the house, not unlike the feeling there is abroad when a journey has to be made. The children, of course, are all excitement but even the adults hang about and talk to one another longer than usual before setting down to the days work. Nobody can resist the windows. It is like being on board a ship.